Share an interesting observation you’ve made about your learner’s button usage and communication patterns over the past week!

You can also submit interesting learner videos* (as many as you have) to our Project Spot initiative!

*See submission form for the specific types of behaviors we're interested in for that particular project (even if you think they're boring!) 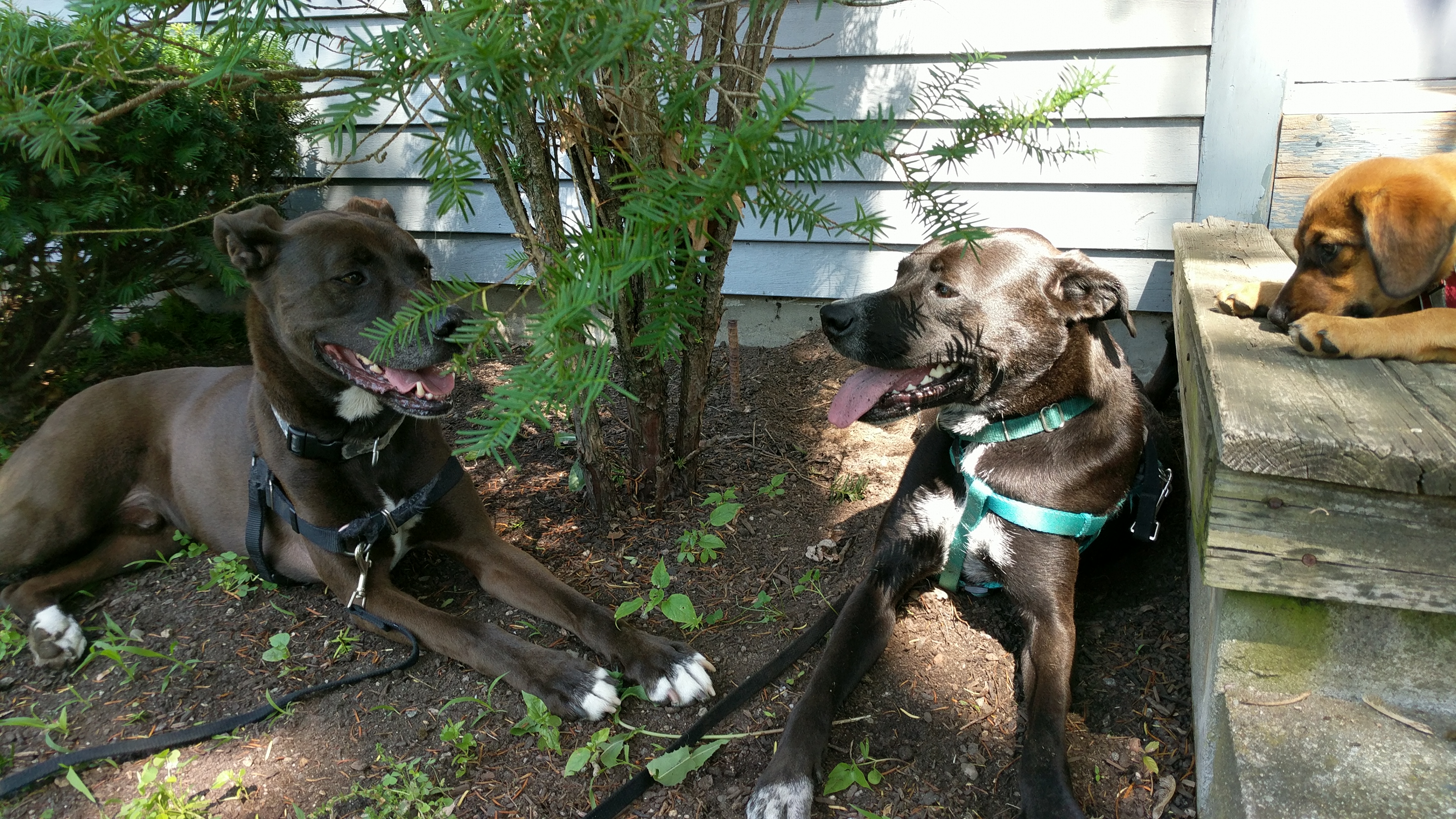 👋 Introduce Yourself and Your Learner!

Welcome to the forum! Please introduce yourself to the community. Tell us about you, your learner, any experience you have in this arena, your hopes and expectations, your learner's vocabulary and your social media info. Hello from Yuki and me

We started this month on the 1st July. I gave him those normal buttons/buzzers as present, but it's kinda hard to press for him. I've started with the button take a walk, and he uses it already. When I press it, he is super excited. Yuki uses the button not only to take a walk, but more like outside (whoops my first mistake). I've added play as the next button, but he never wants to play when I press it 😅. I've ordered﻿﻿ the small ones today. We got our starter kit and she took to the "outside" button pretty quick. She wants to use her nose though because she is used to that with CleverPet-- We showed her "paw" and she is doing a kinda combo of nose/paw-- but she is rough with her paw pressing the button. Is it too late to just go back to the nose? Will we run into trouble later with additional buttons if she uses her nose instead? Then this morning I left the room and she got frustrated with the button (I still think it is a cleverpet association- I think she is expecting a treat to be dispensed). and she tore up her tile and threw her button! LOL. Anyway, what about this nose vs paw pushing? Thoughts?? Also, any tips on adding the second button? Maybe "play"?
0
Like Comment
0 comments

Get help from the community to decipher your learner's most mysterious button presses and word combinations (e.g. if your learner keeps pressing "water" + "ball" but you can't figure out what s/he's trying to tell you).

Also feel free to share new body language expressions and other communication behaviors (related to their voice buttons) that you'd like help interpreting! ﻿﻿
And in case you missed it, check out the rest of our themed daily posts here! Our buttons are still on categorized tiles, just not in that tile sequence. JennyandLindseyandNietzsche
Posted in Board Building & Planning

Does anyone have a Robovac eg a Eufy one? How does it cope with fluent pet hex tiles?

We currently have homemade plywood button tiles and the Robovac will treat it as an edge and turn away from it, bumping the buttons slightly but nothing disruptive.
0
Like Comment
4 comments Kristol
Posted in "Is this what's happening...?"

So we have a family member that comes every Thursday to visit and have dinner with us. Last week she didn't come. Now Zodiak hits her button almost every day this week so far (Monday, Tuesday, Wednesday) I am wondering if it is him wondering where she is or asking if she is coming. I will see what he does tomorrow, but she is hands down one of his favorite people. This might be interesting to the researchers, though it's still a developing situation.

There are 2 cats that hang out on our street and tend to visit our porch and yard at times.

When the dog was a puppy she met them on our walk and was curious. Pretty sure one of the cats swatted at her when she tried to go for a sniff. But no issues otherwise—just curiosity.

Now, as an adolescent, I think she  may want to kill them? Her growls are intense when she sees them in the window or on our walks.

I took this as an opportunity to learn what she's feeling about the cats. So I taught her the word "kitty".

One afternoon as she was going crazy at the window because the cats were in our yard, I tried communicating with her about the cats.

Once she calmed down a bit after multiple pleas of "leave it kitty" "no biting kitty," I asked her "you want play kitty"? Can you tell me? I made sure to gesture at the "play" button. She saw the button I was pointing to, but pressed "EAT."

My only reaction was utter horror and to say "Nooooo eat kitty. Noo eat kitty." To which she responded "carrot." There's a possibility she just wanted to eat a carrot? But, this was in response to "play kitty", soooooo...??

We've had a few more instances of this kind of thing, and she always ends up asking for belly rubs once things calm down. Like it's stressful and she needs comfort.

I thought it might be interesting to add a "kitty" button (seriously hesitated with this one). When I first added it, it was during a cat incident, and she was already triggered about the cat. She was mad that I put a kitty button down. She wanted to bite the button and grumbled about it. (The kitty button is next to our name buttons.)

She has used the "kitty" button to indicate she smelled the cat nearby. I have video of this. She was correct. Cat showed up at our window a minute later, lol.

The other day another cat incident happened, but we were on a quick walk this time at night, and we DID NOT see the cat nearby, which she lunged and growled at. I've been teaching her "friend", so I told her "kitty friend" "kitty friend" "no biting". And we ran her inside. Desperately wanting her to understand, I said "kitty want belly rubs" and I watched her body pause and think about what I just said...like she was trying to comprehend it. (Belly rubs are her favorite thing.)

Once again, out of curiosity, I asked if she wanted to "play kitty"? To which she responded "carrot."

This might be a crazy thought, but, is she trying to appease me and tell me she'll be good by eating a carrot instead?? I know I might be reaching, but she rarely asks for carrots. It's interesting that she said it again in the same cat context.

I'm sure the cat situation will continue to develop. I'd be interested to see if communication can help change how she feels about the cats at all.

I don't have too many videos of this kind of thing as it tends to happen abruptly and stresses everyone out (i've been using my phone on the fly). Hoping to get a permanent cam soon. The last few days (about 8 days) I've been noticing a new pattern with my learner Koda. He doesn't have access to a lot of buttons yet, as we just recently started (up to 3 buttons now), but I think he might be requesting a new one.
Whenever he wants to do a puzzle (I think) he will go over to the 'play' button, press it twice and then go to the nearest puzzle toy in the toy chest. He knows the word 'puzzle' already, so when I give him a puzzle, I do say the word already.
Do you think he wants a 'puzzle' buttons? Or should I continue to monitor?