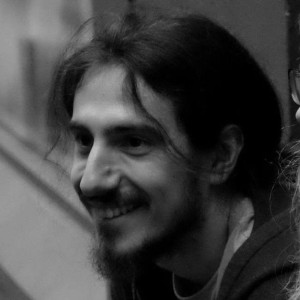 Joined Jan 14, 2021
Vlad
We're a 4 dog household. When we originally added buttons they had "food", "water", and "outside". They were placed close to their food bowls, water bowl, and door, respectively. The dogs were using them to ask for things, but sometimes also playing with the buttons, resetting them, chewing them... They ended up asking for things a lot, and we removed them.

Now it's been a few days since we started again. We now separate one of the dogs, so 3 live upstairs and 1 downstairs. I won't go into why, we're working on that too. Upstairs they have outside, water, and cuddles buttons. Downstairs nothing yet, but thinking to have an identical set sometime in the future.

Now it's primarily Pumpkin, one of the dogs, who uses the "outside" and "cuddles", rarely. I remind them of the buttons every now and then, and so far it's only been Pumpkin using them. He uses outside a lot when after I remind him what it means (e.g. wait for a press before opening the door). But since they all go out and he's the one pressing, he's the only one learning it. In our first attempt months ago, it wasn't always him. Now he's just the one queuing by the door first all the time regardless of whether the button is there or not, so he gets to press it and make the "outside button" -> "go outside" connection.

I think the biggest issue I'm facing here is that if one dog uses a button, they all get the benefit -- they get to go out or get water. They didn't use the water button recently, though. The same way it's a common benefit, they also all get excited when a button is pressed by me or another dog.

I'd love to have a way to have individual devices for them to use to make words. Something like a gesture recognition collar, or whatever? Does anyone think that type of thing could work? Or teach them and myself a sign language of sorts?

The other thing I'm thinking about is the portability of the buttons. I want them to have access to them everywhere. Bedroom, kitchen, camper-van, park... Is anyone trying to find some more portable solution? I can have more identical "keyboards" of buttons when we get to that level placed around the house, but that doesn't cover it when we're out on walks.

I've seen some people mentioning a sign language in the intro thread but couldn't exactly find what it's meant by that? Learner understanding the sign language made by the teacher or attempting to use some sign language to express something?

Can I ask other teachers who have more learners, how do you try to keep them all roughly at the same level of learning (or manage different a learner's progressions without regression for others) and manage the levels of excitement when buttons are pressed?