🥉 🥈 🗃️ 🗨️ 🐕 🐈
Hi all! I'm a gymnastics coach, musician, crafter and all around nerd. I love spending time with my pets and teaching them new things!
Ontario, Canada.
Posts 5 Comments 10 Spaces 25
Share
This post is public.
Copy link

Joined Nov 18, 2020
Ontario, Canada.
🥉 🥈 🗃️ 🗨️ 🐕 🐈
Andria (Cali/Seven)
🥉 🥈 🗃️ 🗨️ 🐕 🐈
I have been teaching both my cat and dog with the buttons. We started the end of October. My cat, Seven, was very interested in the buttons (as she saw the dog using them) but it took quite a while to get her to start using her paw. She's a year and a half now, but back in the summer I got her some slow feeder toys to encourage her to start using her paws more as she really hadn't figured out how to cat very well yet and would rather use her face to move things than her paws, which is adorable, hahaha, but not always very effective.

So anyways, having the food toys definitely helped her figure out how to use her paws more, and it only took about a month for her to start touching the button (we started with a food button, I know some shy away from that for obvious reasons, but as my dog is not the gluttonous type, Seven seemed to copy her and pays little attention to the button unless I press it first, so I haven't had any issues with it.)

So this went on for about a month, she would touch the button and I would press it to make it activate. Then last week, she started leaving her paw on the button while eating the crunchie I gave her. (Leave it to my cat to find the laziest possible way to do something, rofl!) So I took advantage of this. If she left her paw on the button, I would hold the crunchie in front of her so she leaned forward to try to get it from my hand, which put enough weight on the button to activate it. She seemed annoyed by this, lol, so I would only do it the odd time so as to not discourage her.

Then 2 days ago she started letting me do this every time, no problem. Then today for the first time, I kept my hand in the crunchie container instead of holding it out, just to see what she would do, AND SHE PRESSED IT!!!! All by her little self, she leaned and pressed the button! OMG I was SOOOOOOOO excited!!! She did it about every other time with no prompting. I never dreamed a cat could be taught to press a button, lol. This is so amazing! I think my dog is asking for more button!

However, I have noticed multiple times now, especially in the last couple weeks, that Cali will come over and woof, so I say "use your buttons", and she stares down at her buttons, then stares at me, then either stomps on all of them or just runs to do something (mostly get a toy) and then stares at us again. I feel like she's saying "Well I would like to use a button, but I don't have a button for that! Here, this is the thing I want to tell you about."

As I said, wanting us to play with her toys with her is the most common one, and I've also noticed a couple times she seems to do this when she wants the cat to play with her, as she will look at and/or stomp her buttons, then run over beside the cat and stare at us.

This is just so mind blowing to me, like she really understands the purpose of these buttons now and is asking for more, she WANTS to communicate. Seriously blew me away. So needless to say, more buttons have been ordered, lol. Sadly I'm stuck with the Amazon ones still, as I can't afford the shipping to Canada for the Fluent Pet ones, and am also wary of chancing it getting stuck at the boarder for weeks/months with the current cross boarder shipping issues. But regardless, I think Cali will be very excited when her new buttons arrive in a few days!

Has anyone else had a learner "ask" for more buttons? Anyone else's learner seem to have "brain dead" moments? Lol!

But sometimes she will hit one of the other two buttons repeatedly instead of the food button and get mad that I don't hand over the crunchie, lol. I always want to keep things positive so I will point to the correct button or model the button for her and give her a crunchie, but then she will keep pressing the other button and get progressively more ticked at me and start grumbling at me when a crunchie doesn't appear, lol, which is absolutely adorable hahaha, but I feel bad that she gets annoyed.

It doesn't seem to be a particular time of day like she's tired or anything, just once in a while, totally randomly. It's not testing/experimenting as she does that whenever I add a new button but that behaviour looks very different. Has anyone else had a similar experience where their learner seemingly momentarily forgets everything they know about the buttons? 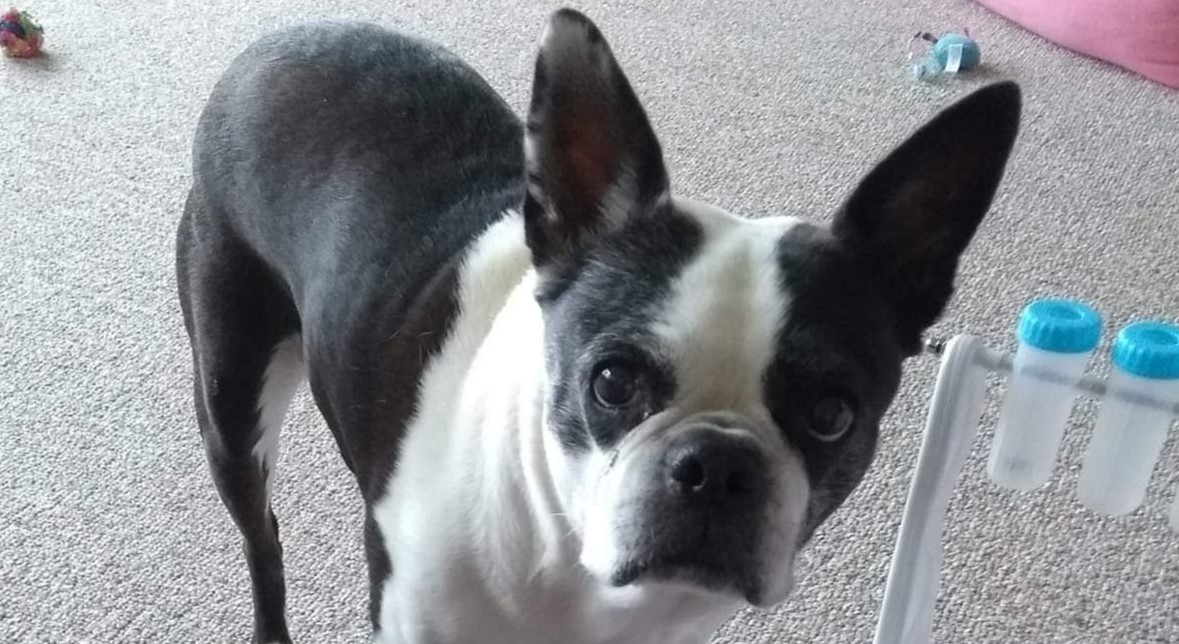